Neil is VP Developer Ecosystems at NVIDIA, where he works to enable applications to take advantage of GPUs. At 3Dlabs, Neil was involved in bringing the OpenGL standard onto the PC. Neil has been the elected President of the Khronos Group for over twenty years, where he initiated the OpenGL ES standard used by billions worldwide, helped catalyze the WebGL project to bring interactive 3D graphics to the Web, and helped initiate and establish the new-generation Vulkan GPU API, the OpenXR API for portable augmented and virtual reality, and the glTF run-time 3D asset format. Most recently Neil initiated and now Chairs the Metaverse Standards Forum with over 1,000 member companies. 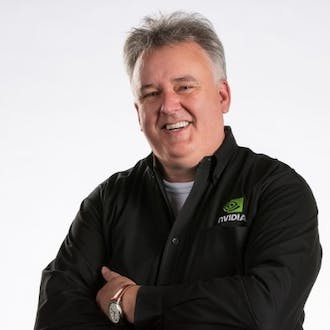