Double Academy Award winner Dr. Mark Sagar is the Co-Founder and CEO of Soul Machines and director of the Laboratory for Animate Technologies at the Auckland Bioengineering Institute.

Mark and his team are bringing technology to life, pioneering the creation of autonomously animated virtual humans with virtual brains and nervous systems, capable of highly expressive face to face interaction and real-time learning and emotional response, to create the next generation of human interaction with artificial intelligence.

Mark has a Ph.D. in Engineering from the University of Auckland, and was a post-doctoral fellow at M.I.T. He previously worked as the Special Projects Supervisor at Weta Digital and Sony Pictures Imageworks and developed technology for the digital characters in blockbusters such Avatar, King Kong, and Spiderman 2. His pioneering work in computer-generated faces was recognized with two consecutive Scientific and Engineering Oscars in 2010 and 2011. Mark was elected as a fellow of the Royal Society of New Zealand in 2019. 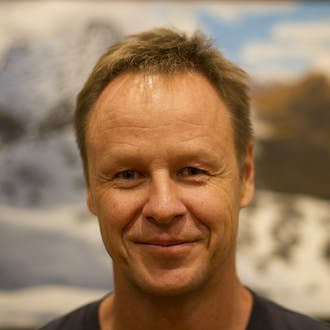