In Cesium we’ve historically been able to create points using billboards with circles, but now we can create millions of points with the faster, less memory-intensive PointPrimitive and PointPrimitiveCollection, introduced back in Cesium 1.10. Here’s a code sample of 64,800 PointPrimitiveobjects covering the globe, as well as an image of the result. 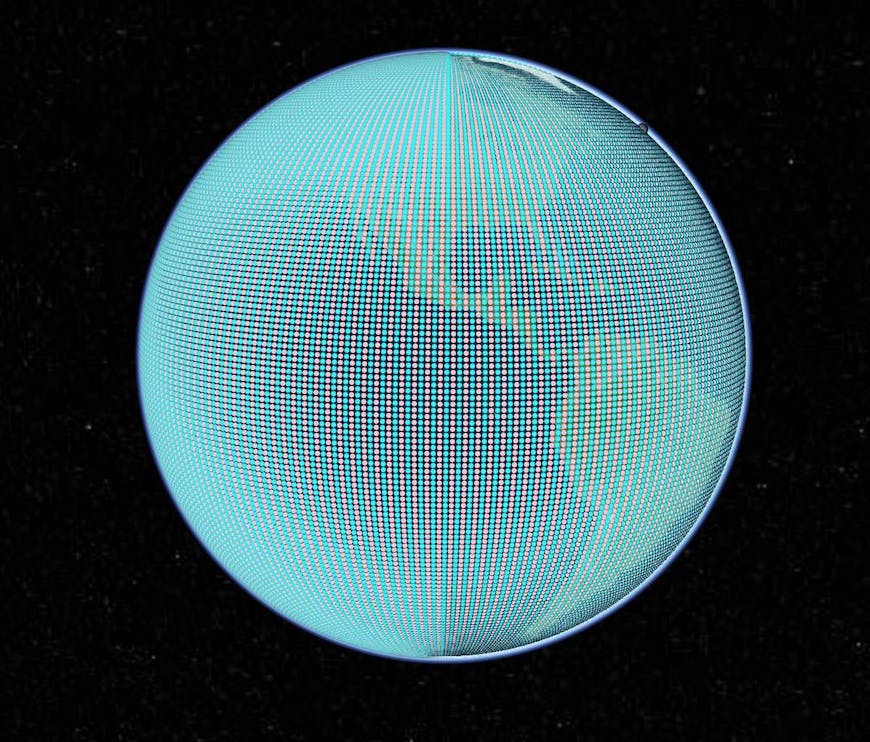 Why would users want to draw so many points? One application of PointPrimitive is tracking objects in space, as is done by ComSpOC, which currently tracks 15,422 satellites. That number is expected to grow to about 200,000 once ComSpOC tracks objects down to two centimeters in diameter. This is a great use case for PointPrimitive, which provides the needed performance.

PointPrimitive provides a dramatic performance increase over the billboards with circles. Since PointPrimitive is tailored just for points, it has less complex shaders and uses less memory. The tables below show the performance difference, which is especially good when the number of points is large.

The first table shows the performance and memory usage of static points. PointPrimitive maintains a lower memory usage over billboards with circles.

The memory column is the amount of memory used by Chrome’s GPU process and the tab.

The table below shows performance for dynamic points, where each point’s position is updated each frame. Compared to billboards, PointPrimitive has both memory and frames per second improvements in the dynamic case.

PointPrimitive can be further optimized by changing a few attributes.

The table below shows a performance increase as the size of the points decreases. This is because there are fewer pixels per point that the GPU needs to render. 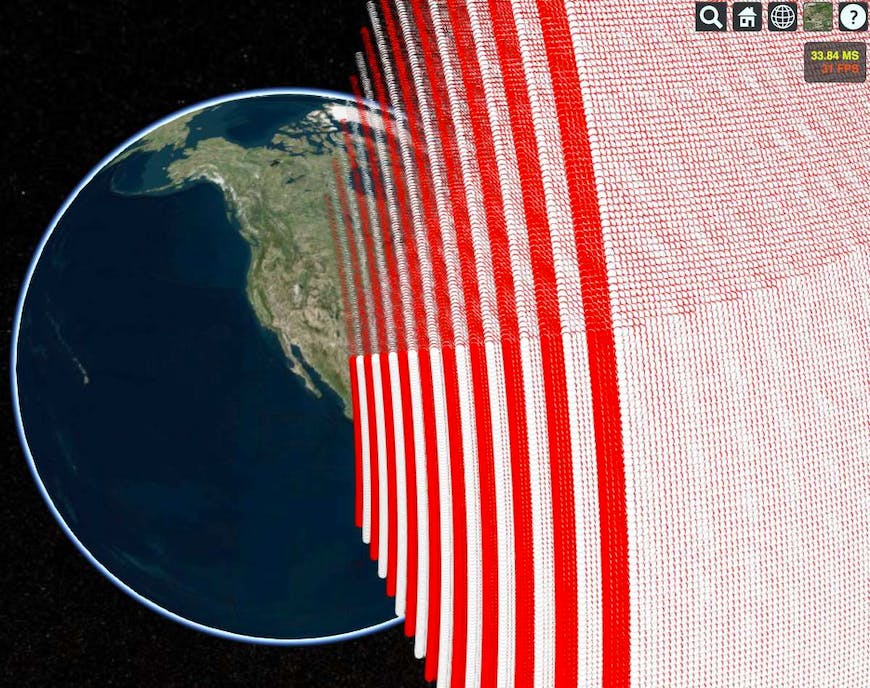 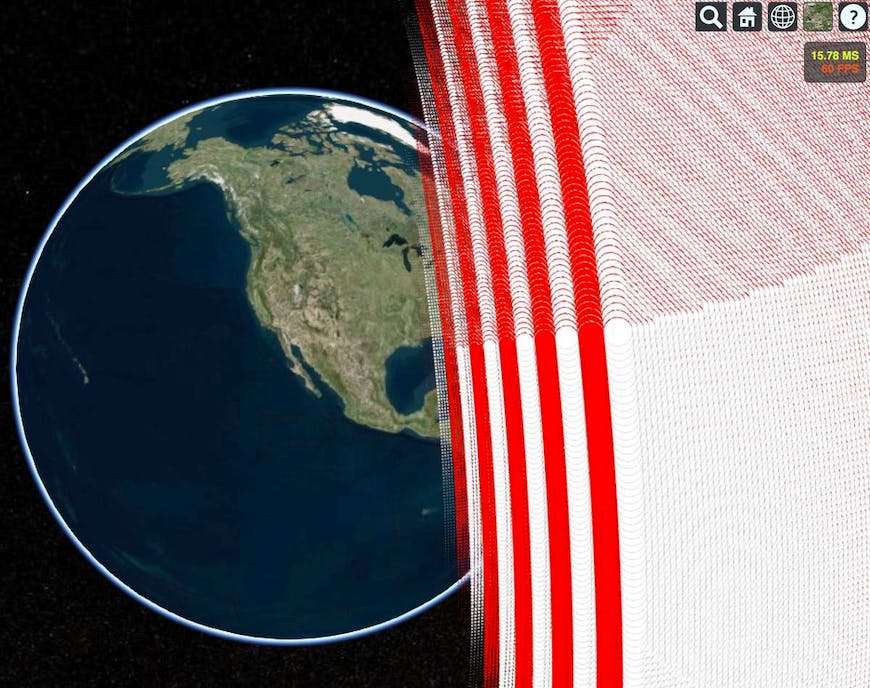 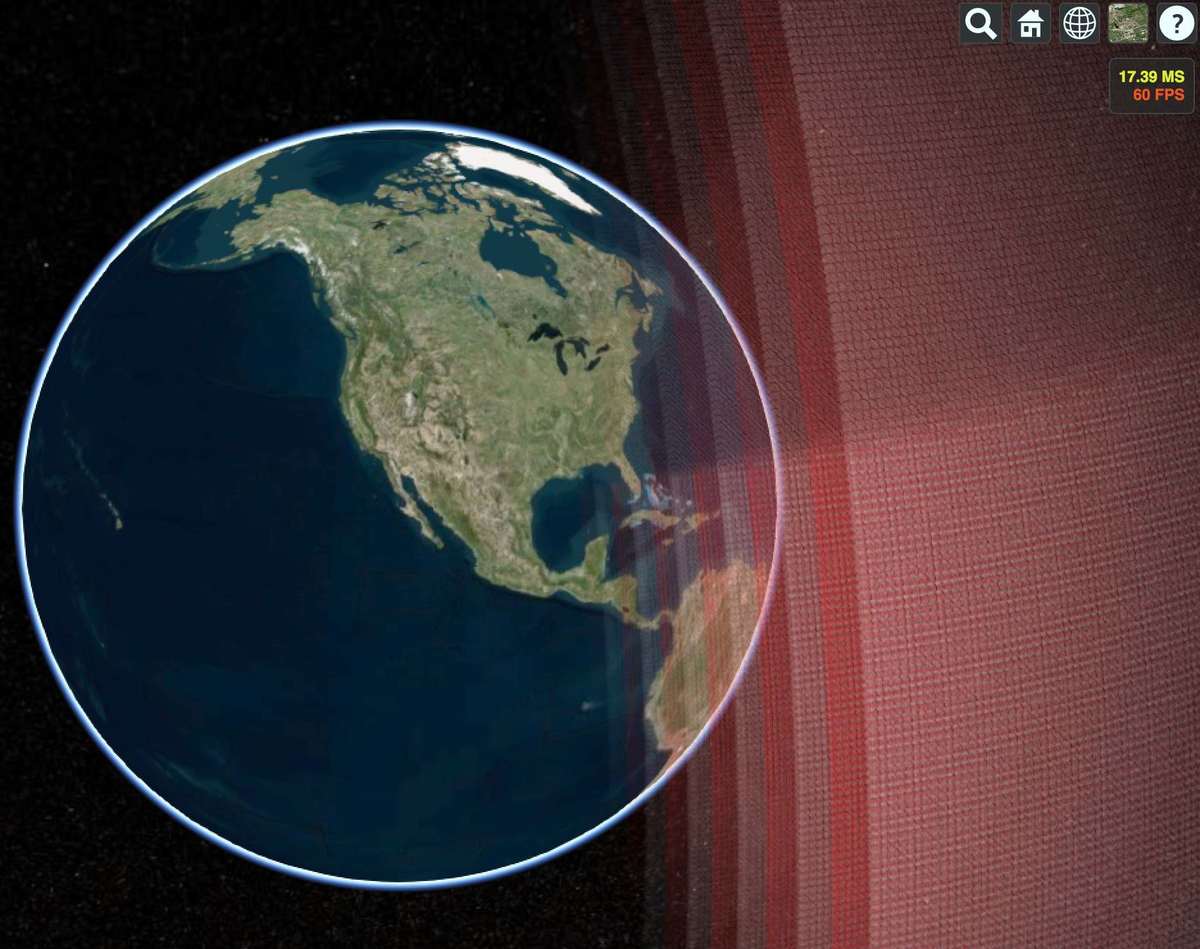 On lower-end hardware, PointPrimitive should provide an even more significant improvement compared to billboards.