Patrick Cozzi, CEO of Cesium, is dedicated to advancing the field of 3D geospatial. He is a recognized expert in 3D graphics and mapping technology, open standards and open-source software. Together with Marc Petit, VP and General Manager, Unreal Engine at Epic Games, Patrick hosts Building the Open Metaverse, a podcast that invites a broad range of technical experts to share their insights on how the community is building the metaverse together.

Patrick was the originator of CesiumJS, an open-source JavaScript library for rendering world-class 3D globes and maps. With thousands lines of source code and millions of downloads, the CesiumJS ecosystem now includes thousands of developers and millions of end-users.

Patrick originally designed Cesium to visualize satellites in space while working as a Principal Graphics Architect at Analytical Graphics, Inc., an aerospace software company based in Exton, PA. After raising $5M in Series A investment in 2019, Cesium is now its own private entity. A complete platform for 3D geospatial data that includes optimization, visualization, and analytics, Cesium is making an impact across industry and government with applications for digital twins, AEC, smart cities, and more.

A longtime champion of open-source technology, Patrick created the Cesium WebGL engine and 3D Tiles, an OGC Community Standard for streaming massive heterogeneous 3D geospatial datasets. He is co-creator of glTF™, the open-standard 3D runtime asset format that has been adopted by Microsoft®, Google®, Oculus®, and NVIDIA®, among others. He is the former Chair of the Khronos 3D Formats Working Group.

Patrick has authored, edited, or contributed to ten books on mapping, computer graphics, and games, including WebGL Insights and OpenGL Insights, which have been translated to Japanese, and 3D Engine Design for Virtual Globes, which is widely considered the seminal text on the subject.

He is active in the graphics and geospatial communities—facilitating ecosystems and frequently contributing to academic journals and presenting at conferences such as SIGGRAPH and GDC. In 2019, Patrick received the Khronos "Khronie" award for outstanding contributions to open standards.

Patrick taught Computer Science for 8 years at the University of Pennsylvania, where he earned an MSE in computer science. He also completed a CME from Harvard Business School.

In his rare downtime, Patrick is an avid reader, boxer, and Philadelphia sports fan. 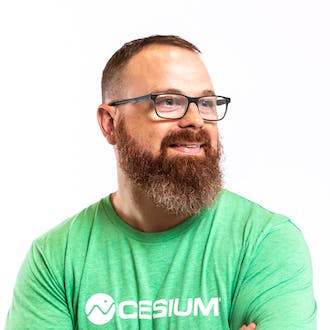 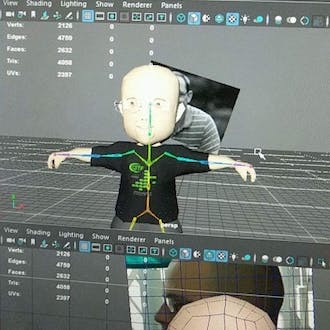