Epic Games CTO Kim Libreri is responsible for continuing Epic's tradition of fusing state-of-the-art technology with the pinnacle of visual artistry, and for defining the studio's Unreal Engine as the platform of choice for all types of interactive experiences including games, movies, visualization, augmented reality and virtual reality.

Prior to joining Epic Games, Kim was the Chief Strategy Officer at Lucasfilm, where he was responsible for the company's Star Wars technology strategy and innovations in interactive storytelling, including the highly-awarded 1313 prototype.

Kim’s career in digital technology and visual effects spans over 20 years, and he has credits on more than 25 films including ‘Super 8’, ‘Speed Racer’, ‘Poseidon’ and ‘The Matrix Trilogy.’He led the development team for the award-winning ‘What Dreams May Come’ as well as for the original ‘Matrix,’developing the now-legendary Bullet Time technology.

Kim is a respected member of many visual effects bodies, including the visual effects branch of the Academy. He has received numerous awards for his work and contributions to Motion Picture technology including an Oscar nomination in 2006 and two Academy Awards in 2000 and 2015. 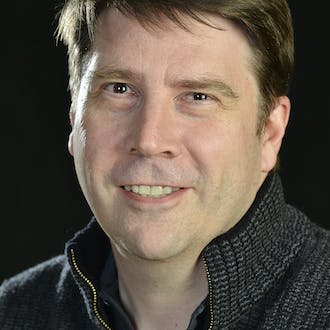