Cesium’s rendering engine is built for high-precision rendering. When rendering planetary scale even at just meter resolution, stock game engines experience precision problems, including z-fighting and jitter. Z-fighting is when two triangles are close together and cover the same pixel but there is not enough precision in the depth buffer to determine which triangle is closer to the viewer. This results in the pixel flickering between the two triangles as the view changes. Z-fighting occurs because depth buffer precision is proportional to the inverse depth, which means there is more precision closer to the near plane and less precision as triangles move farther away from it.

Here is a view that shows z-fighting on terrain where the viewer is about 8,000 meters above the WGS84 ellipsoid.

The new approach is a rare win-win; it results in

At the start of rendering, draw commands were placed in one or more frusta based on the command’s bounding volume. Any command whose bounding volume intersected a frustum boundary was inserted to both frustums, causing a draw call to be issued multiple times. To optimize, tight near and far planes were computed from the closest and farthest bounding volumes from the viewer to minimize the number of frusta. Our SIGGRAPH course talk, Using Multiple Frustums for Massive Worlds, covers multi-frustum rendering in more detail.

Here is a view with only terrain near Mount Everest. 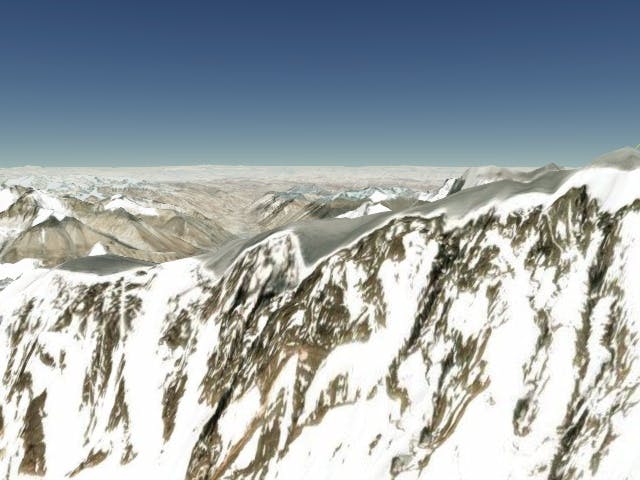 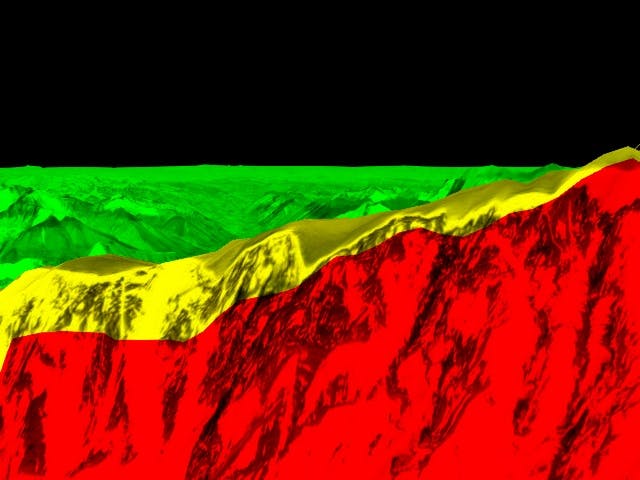 Here’s the same terrain scene with the multi-frustum shown. The first frustum near the viewer is too small to see at this scale. 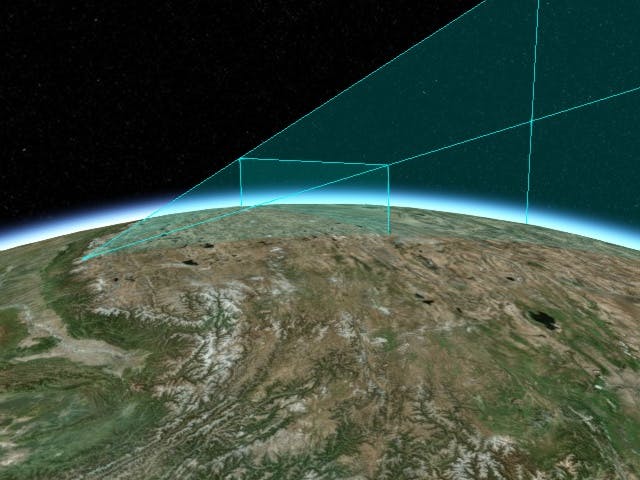 Using a logarithmic depth buffer for the above scene with a near plane of 0.1 and far plane of 1.0e8, there is only one frustum and a total of 111 draw calls issued. Not only are there fewer draw calls, but the near plane can now be closer to the viewer by default, allowing close-up views. This was possible with a multi-frustum but could cause more than three frustums and impact performance. Because there is only one frustum, using a logarithmic depth buffer also reduces CPU overhead for putting the draw commands into buckets for drawing in each frustum. There are fewer clears and full screen passes, like OIT, inverted classification, and render target copies, that happen per-frustum. It also removes rendering artifacts seen at frustum boundaries, which helps when developing new features such as post-processing and lines on terrain. 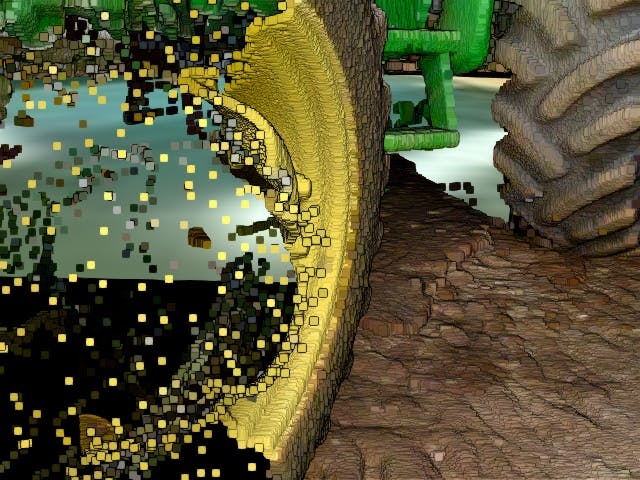 A close up of a tractor wheel where the near plane is 1 meter away from the viewer. 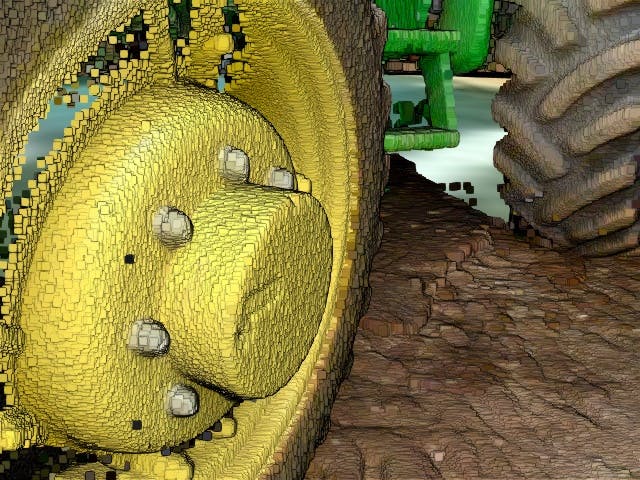 A close up of a tractor wheel where the near plane is 0.1 meters away from the viewer.

Here is a view of a red plane behind a blue plane; they are the same size and 300 meters apart. The viewer is about 64 million meters away from the planes. 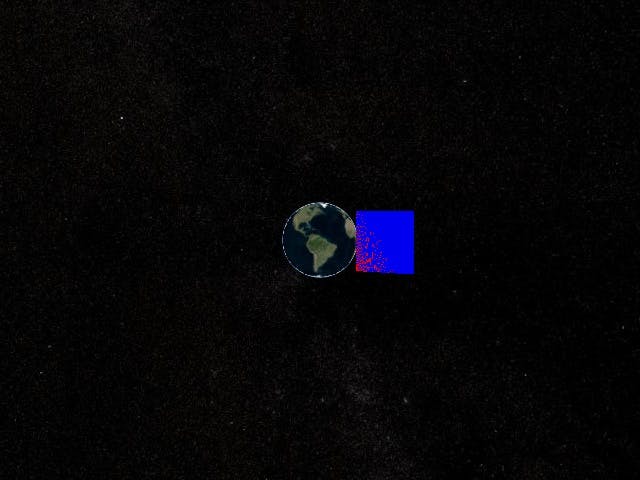 For the above view, it is expected that geometry still visible at that distance will have triangles far apart from one another, for example, planets. Any geometry that has triangles closer together wouldn’t be visible, for example, satellites. To fix this problem, Cesium uses a hybrid technique where each frustum in the multi-frustum uses a logarithmic depth buffer. Lowering the value for Scene.logarithmicDepthFarToNearRatio to increase the number of frustums will remove the z-fighting.